Towards Hyperdramatic Theatre (Deepening the Stage) was a course by Vincent Roumagnac during which we examined the transformations of the notion of stage, and therefore scenic practices, in the face of climatic and anthropo-technological mutations of the 21st century. Vincent invited us to eco-dramaturgically conceptualize and realize a “hyperdramatic” scenic prototype. We were asked to embed in our prototypes one  figure or text from Shakespeare’s The Tempest, Hamlet, or Midsummer Night’s Dream. The outcomes were presented on August 24th & 26th 2019 at the Theatre Academy of Uniarts Helsinki.

I picked Titania’s monologue in Midsummer Night’s Dream (Act II, Scene 1), and worked in two locations inside the Theatre Academy (Black Box 532 and Staircase A). Palo Santo; a video of a tree growing inside a house in Babahoyo, Ecuador; a poem by Rafael Alberti; two floorplans from the building, and a postcard also featured in my prototype.

“Blindspot results from a week-long conversation with Vincent Roumagnac. It is also the prototype of a simple gesture, one that would like to avoid panic through the making of passages between different beings, places, and temporalities. You will find in the floor plan a hint of where to meet them.” D.P.E.

Eternity may well
be only a river,
be a forgotten horse
and the cooing
of a lost dove.

The Ballad of what the wind said, Rafael Alberti (1954) 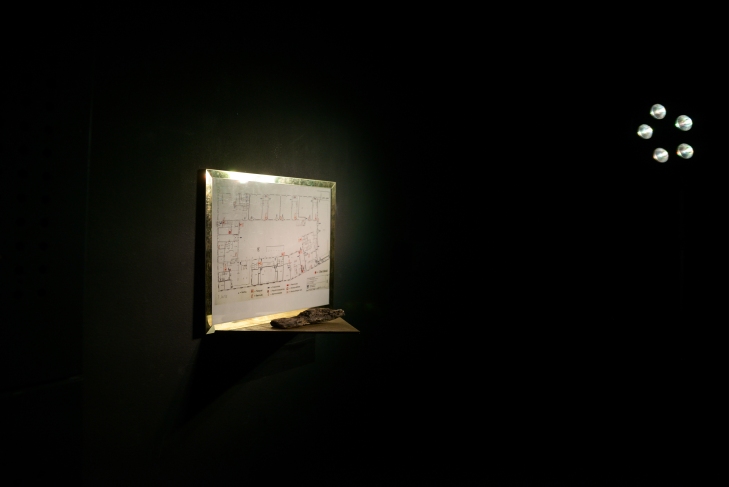 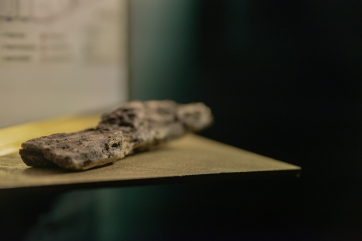 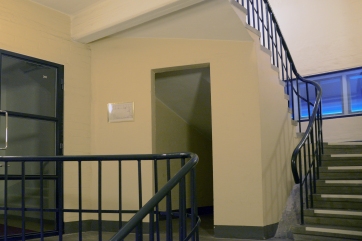 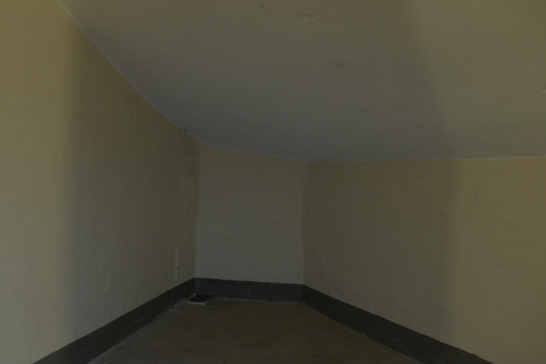 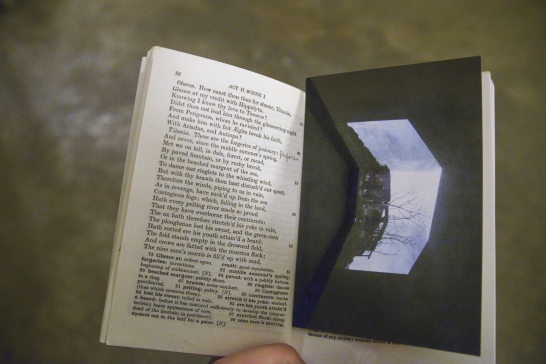